HOUSING
Sixplex 1, 2, & 3: ($3 million+)
The first of three six unit rental buildings was completed and moved in September 1, 2018. The project came in UNDER budget and provided safe, new living for 19 people. The second and third six-unit modular rental buildings are being shipped to Ahousaht (as of February 2019). These new sixplexes will feature a screw pile steel sub-structure, mold and water proof construction, built by a First Nation owned organization and paid workers from Ahousaht.
The 12 new units will consist of:
2 five bedrooms/two bath
3 four bedrooms/two bath
3 two bedroom/one bath
4 one bedroom/one bath
All units will be ground floor only (no second storey).
Location of the new six plexes will be beside and across the streets from the first six plex. Estimated completion May 2019.
Teacherage: ($750,000)
A four unit rental home complex was built and moved in summer 2018. This project also came in UNDER budget. These four units were built to provide housing for teachers working at the schools.
CMHC Houses ($1.1 million)
Canada Mortgage and Housing Corporation has approved four new houses to be built. Financing through All Nations Trust was finalized in January 2019. Home renters will be expected to maintain mortgage payments to Ahousaht, after which the home ownership will revert to the renter.
BC Housing Project ($10 million)
BC Housing approved Ahousaht's proposal to buy land and build a large multi family housing project in Port Alberni and Maaqtusiis. A budget of $10 million has been set aside for Ahousaht to begin the process of hiring a development consultant to work with BC Housing, Port Alberni, contractors, architects and Ahousaht.
Community Safe Home ($200,000)
Funded mostly by USMA/NTC in partnership with Ahousaht, a community safe home will soon be constructed. Designed to house women and children in need, this home will be the centre piece for developing a larger children in care program in Ahousaht.
2020 January: Ahousaht community member are eligible to receive up to $69,468
to build a new home in Maaqtusiis
and up to $65,000 for a renovation of an existing home in Maaqtusiis.
Application for New Construction:
.      1. Confirmation of Financial Loan. Ahousaht has excellent working relationships
with BMO (Woodgrove Branch, Nanaimo) and RBC (Duncan branch).
2. New construction Work plan and Quote from a contractor
3. Select Lot in Maaqtusiis
4. Acquire ACR 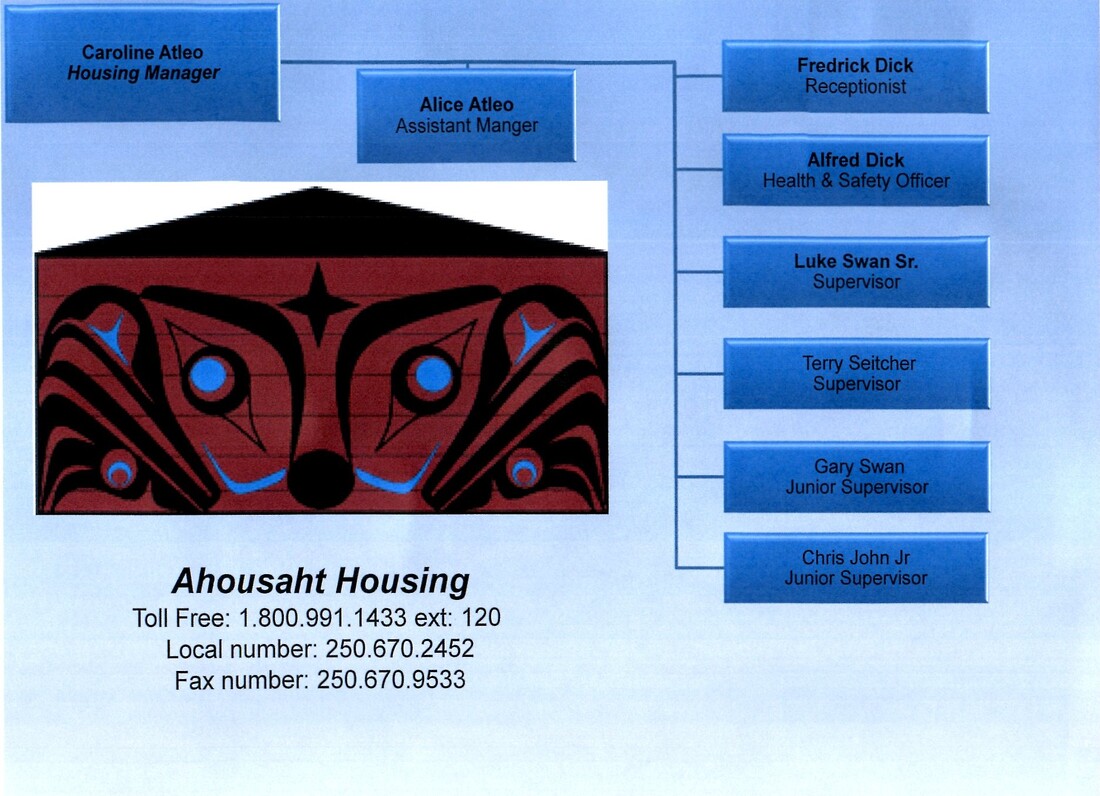 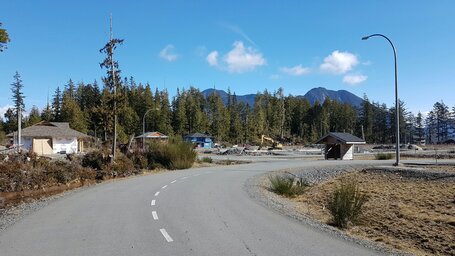